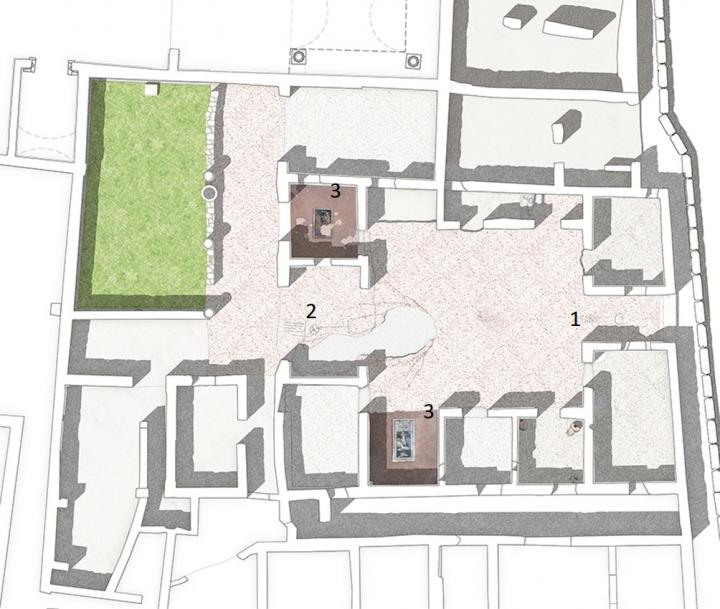 IMAGE: PLAN OF THE HOUSE OF ORION, SHOWING THE DISPOSITION OF THE NEWLY DISCOVERED IMAGES (1,2) AND OF THE MOSAICS (3)

The technical skills of the Roman agrimensores - the technicians in charge of the centuriations (division of the lands) and of other surveys such as planning towns and aqueducts - are simply legendary. For instance, extremely accurate projects of centuriations are still visible today in Italy and in other Mediterranean countries. Their work had also religious and symbolic connections being related with the foundation of towns and the Etruscan's tradition.

These technicians were called Gromatics due to their chief working instrument, called Groma. It was based on a cross made of four perpendicular arms each bringing cords with identical weights, acting as plumb-lines. The surveyor could align with extreme precision two opposite, very thin plumb-lines with reference poles held at various distances by assistants or fixed in the terrain, in the same manner as palines (red and white posts) are used in modern theodolite surveying.