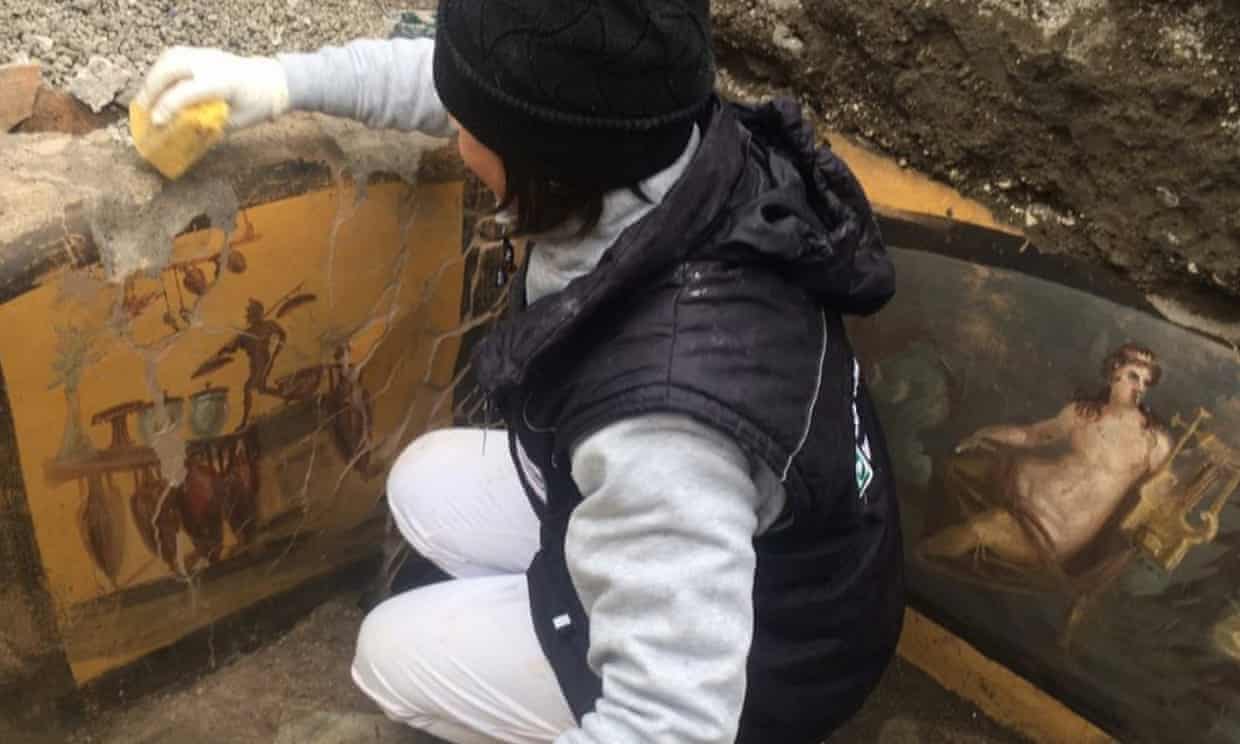 Dozens of thermopolia, or snack bars, have been found across Pompeii.
Photograph: Massimo Ossana/Instagram

A well-preserved frescoed “fast food” counter is among the latest discoveries unearthed by archaeologists in the ancient Roman city of Pompeii.

The 150 or so thermopolia, or snack bars, dotted across the city were mostly used by the poorer residents, who rarely had cooking facilities in their home, to grab a snack or drink. Typical menus included coarse bread with salty fish, baked cheese, lentils and spicy wine.

An image of the 2,000-year old relic, found in Regio V, a 21.8-hectare (54-acre) site to the north of the archaeological park, was shared on Instagram by Massimo Ossana, the site’s outgoing superintendent.

“A thermopolium has been brought back to light, with its beautiful frescoed counter,” he wrote.

Read the rest of this article...
Posted by David Beard MA, FSA, FSA Scot at 9:36 AM No comments: