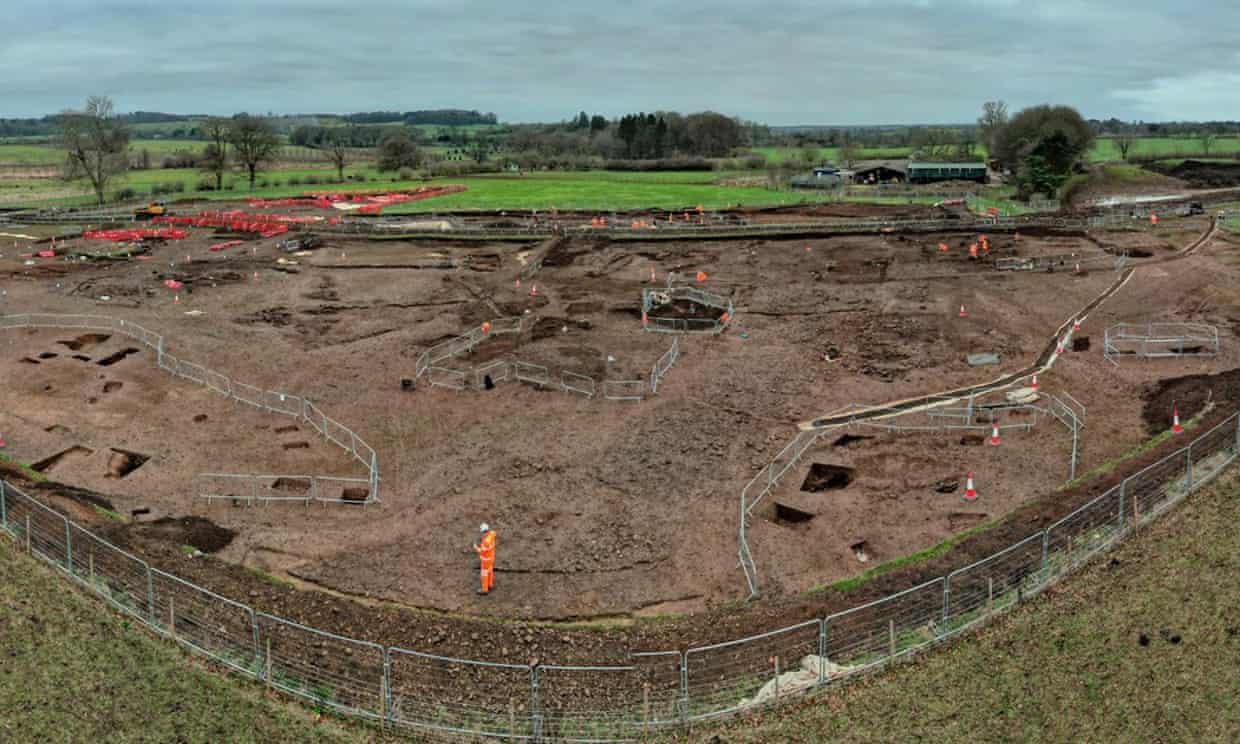 A 10-metre-wide Roman road was uncovered during the excavation of a wealthy trading settlement, known as Blackgrounds, in Northamptonshire. Photograph: HS2/PA
A wealthy Roman trading town, whose inhabitants adorned themselves with jewellery and ate from fine pottery, has been discovered half a metre below the surface of a remote field in Northamptonshire.
A 10-metre-wide Roman road, domestic and industrial buildings, more than 300 coins and at least four wells have been unearthed at the site, where 80 archaeologists have been working for the past 12 months.
The field, on the Northamptonshire-Oxfordshire border, lies on the route of the HS2 rail network under construction between London and Birmingham. It is one of more than 100 archaeological sites that have been examined along the route since 2018, and among the most significant findings to date.
Read the rest of this article...
Posted by David Beard MA, FSA, FSA Scot at 5:47 PM No comments: 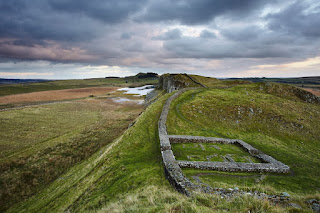 Punctuated with the remains of a milecastle (small fort), Hadrian’s Wall stretches over hilly terrain near Haltwhistle in Northumberland, England. This year, the Roman landmark will be 1,900 years old.
Photograph by Nigel Hicks, Nat Geo Image Collection
New discoveries are still rising from the coast-to-coast wall that once marked the edge of the Roman Empire.
Hadrian’s Wall once marked the extent of the Roman empire in Britannia. Now it’s a pitstop on the way to Scotland’s capital, Edinburgh, or the country’s largest city, Glasgow. Things have changed over the past two thousand years.
But the 73-mile-long chain of walls, ditches, towers, and forts—which stretches across Great Britain, linking the North Sea and the Irish Sea—continues to fascinate. This year, 1,900 years after construction began, soldiers clad in Roman armor will once again patrol its length and the sounds of ancient instruments will float over its ramparts.
Read the rest of this article...
Posted by David Beard MA, FSA, FSA Scot at 11:10 AM No comments: