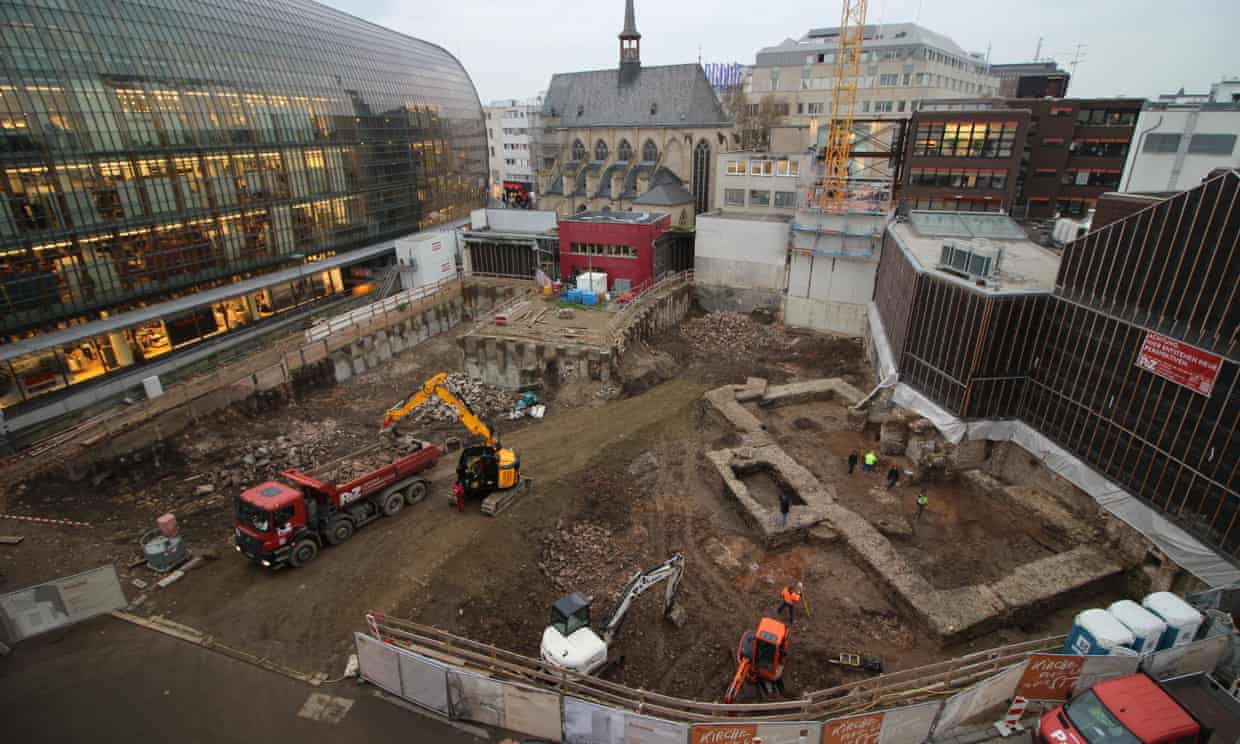 ‘Really incredible’ … the site of the second-century library discovered in Cologne. Photograph: Hi-flyFoto/Roman-Germanic Museum of Cologne

The remains of the oldest public library in Germany, a building erected almost two millennia ago that may have housed up to 20,000 scrolls, have been discovered in the middle of Cologne.

The walls were first uncovered in 2017, during an excavation on the grounds of a Protestant church in the centre of the city. Archaeologists knew they were of Roman origins, with Cologne being one of Germany’s oldest cities, founded by the Romans in 50 AD under the name Colonia. But the discovery of niches in the walls, measuring approximately 80cm by 50cm, was, initially, mystifying.

“It took us some time to match up the parallels – we could see the niches were too small to bear statues inside. But what they are are kind of cupboards for the scrolls,” said Dr Dirk Schmitz from the Roman-Germanic Museum of Cologne. “They are very particular to libraries – you can see the same ones in the library at Ephesus.”

Read the rest of this article...
Posted by David Beard MA, FSA, FSA Scot at 6:06 PM No comments:

The excavation of the ancient library in Cologne, Germany.
Credit: Roman-Germanic Museum of Cologne

Beneath the soil in Cologne, Germany, lies a bibliophile's dream: an ancient Roman library that once held up to 20,000 scrolls, according to news reports.

Archaeologists discovered the epic structure in 2017 while they were excavating the grounds of a Protestant church to build a new community center. Considering Cologne is one of Germany's oldest cities, founded in A.D. 50, it's no surprise that it still has structures dating back to Roman times.

However, archaeologists didn't figure out that the structure was a library until they found mysterious holes in the walls, each measuring about 31 inches by 20 inches (80 by 50 centimeters), The Guardian reported.

Read the rest of this article...
Posted by David Beard MA, FSA, FSA Scot at 6:04 PM No comments: