An aerial view shows the Roman-era arena poking out of a hilly area in Mastaura, Turkey. (Image credit: Courtesy of Assoc. Prof. Mehmet Umut Tuncer/Aydın Provincial Director of Culture and Tourism)
Archaeologists in Turkey have discovered the remains of a "magnificent" Roman-era arena, where up to 20,000 spectators likely cheered and jeered as they watched gladiator matches and wild animal fights, the excavators said.
The 1,800-year-old arena was discovered on the rolling hills of the ancient city of Mastaura, in Turkey's western Aydın Province. Its large central area, where "bloody shows" once took place, has since filled with earth and vegetation over the centuries.
"Most of the amphitheater is under the ground," and the part that is visible is largely covered by "shrubs and wild trees," Mehmet Umut Tuncer, the Aydın Culture and Tourism provincial director and project survey leader Sedat Akkurnaz, an archaeologist at Adnan Menderes University in Turkey, told Live Science in a translated email.
Read the rest of this article...
Posted by David Beard MA, FSA, FSA Scot at 9:00 AM No comments: 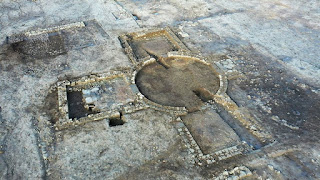 The complex of buildings include a circular room and a bath house
MAP ARCHAEOLOGICAL PRACTICE
A Roman villa unearthed on a building site has been described as potentially "the first of its kind" ever found.
The remains of the large "stately home" and bath house were found on a site in Scarborough, in North Yorkshire.
Historic England said the type of layout has "never been seen in Britain" and may be the first example "within the whole former Roman Empire".
Inspector of ancient monuments Keith Emerick said it was "more than we ever dreamed of discovering".
Read the rest of this article...
Posted by David Beard MA, FSA, FSA Scot at 11:02 AM No comments: 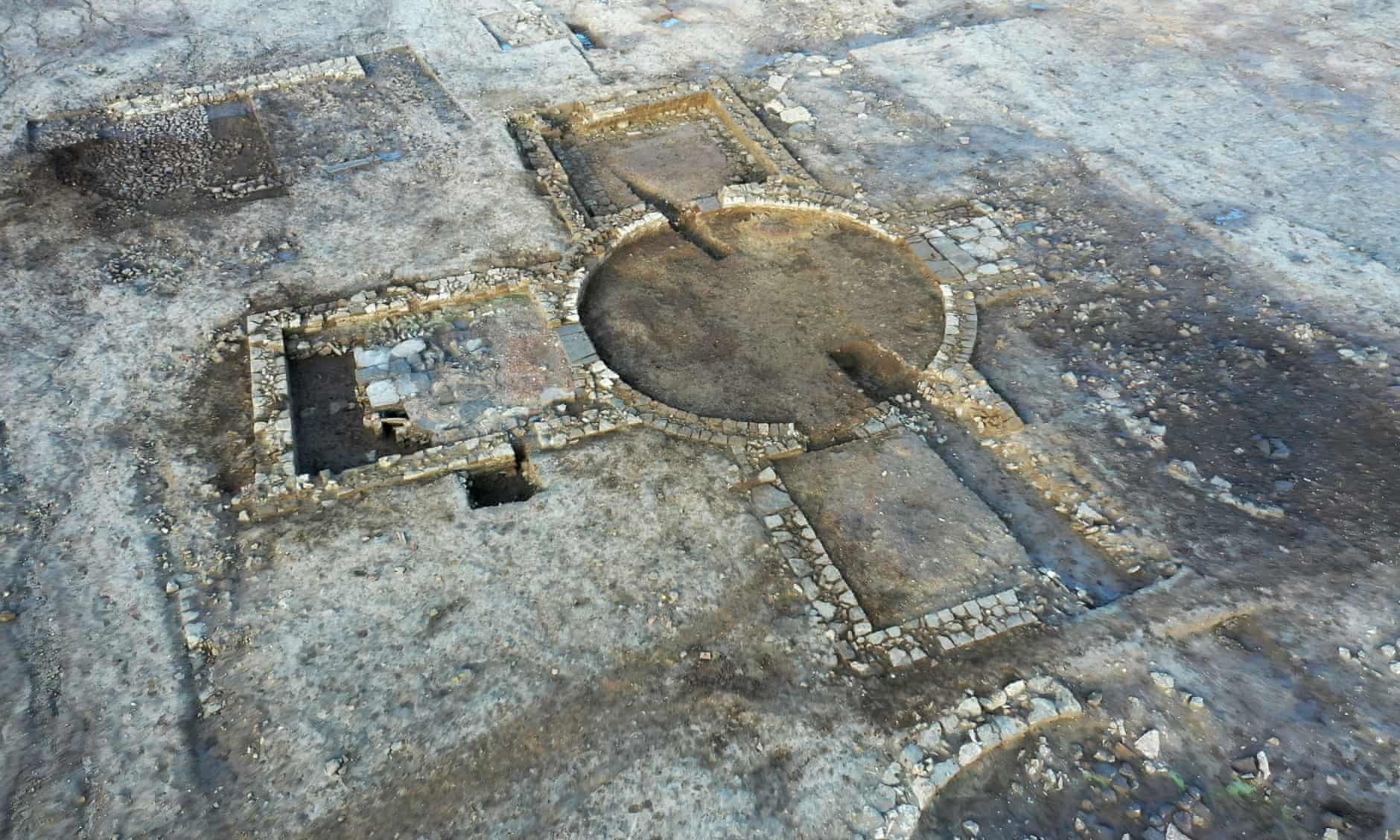 The Roman remains discovered at Eastfield, Scarborough, are on the site of a new housing estate being constructed by Keepmoat Homes.
Photograph: MAP Archaeological Practice
When developers broke ground on the outskirts of Scarborough, they were hoping to build a housing estate ideal for first-time buyers, families and professionals, with en suites, off-street parking and integrated kitchens galore. But before shovels had even hit earth, they found someone else had got there first: the Romans.
The remains of a Roman settlement believed to be the first of its kind discovered in Britain – and possibly the whole Roman empire – has been uncovered near the North Yorkshire seaside town.
The find might have caused a headache for the developer Keepmoat Homes but has sparked excitement among experts, with Historic England describing it as “easily the most important Roman discovery of the last decade”.
The large complex of buildings – approximately the size of two tennis courts – includes a cylindrical tower structure with a number of rooms leading from it and a bathhouse. As excavations and analysis continue, historians believe the site may have been the estate of a wealthy landowner, which could have later become a religious sanctuary or even a high-end “stately home-cum-gentleman’s club”.
Read the rest of this article...
Posted by David Beard MA, FSA, FSA Scot at 10:54 AM No comments: The Roman Empire's conquest of Britain began almost 2,000 years ago. It changed the face of the country forever. Roman culture, food, art, as well as the myriad religions that were practiced across the Empire were brought to the island's shores.
To occupy and cordon off swathes of land the Romans erected forts and walls around Britain, many of which survive today.
One of the most notable pieces is Hadrian's Wall.
Stretching 73 miles from the banks of the River Tyne near the North Sea, all the way west to the Solway Firth near the Irish Sea, work on the Wall started in 122 AD.
Read the rest of this article...
Posted by David Beard MA, FSA, FSA Scot at 5:28 PM No comments: