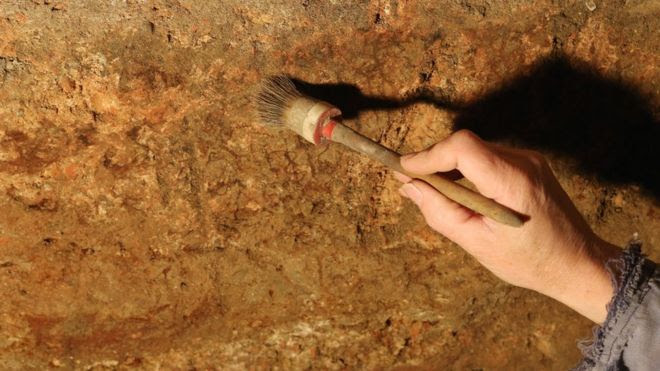 
The building housing some of Britain's most famous Roman baths may have been painted red, archaeologists have said.
A dig at the site, in Bath, uncovered remnants of red paint on the outside wall - contradicting a widely-held assumption they were white in colour.
The discovery was made during a dig in an area of the world heritage site not currently open to the public.
Manager Stephen Clews said it would have helped the building to stand out to visitors.
"Our assumption was that it was white but it's turned out to be red," he said.

Read the rest of this article...
Posted by David Beard MA, FSA, FSA Scot at 7:03 PM No comments:

New research published by archaeologists from MOLA reveals a previously unknown Roman fort, built in AD63 as a direct response to the sacking of London by the native tribal Queen of the Iceni, Boudica. The revolt razed the early Roman town to the ground in AD60/61 but until now little was understood about the Roman’s response to this devastating uprising.


Excavations at Plantation Place for British Land on Fenchurch Street in the City of London exposed a section of a rectangular fort that covered 3.7acres. The timber and earthwork fort had 3metre high banks reinforced with interlacing timbers and faced with turves and a timber wall. Running atop the bank was a ‘fighting platform’ fronted by a colossal palisade, with towers positioned at the corners of the gateways. This formidable structure was enclosed by double ditches, 1.9 and 3m deep, forming an impressive obstacle for would be attackers.
Read the rest of this article...
Posted by David Beard MA, FSA, FSA Scot at 7:01 PM No comments: 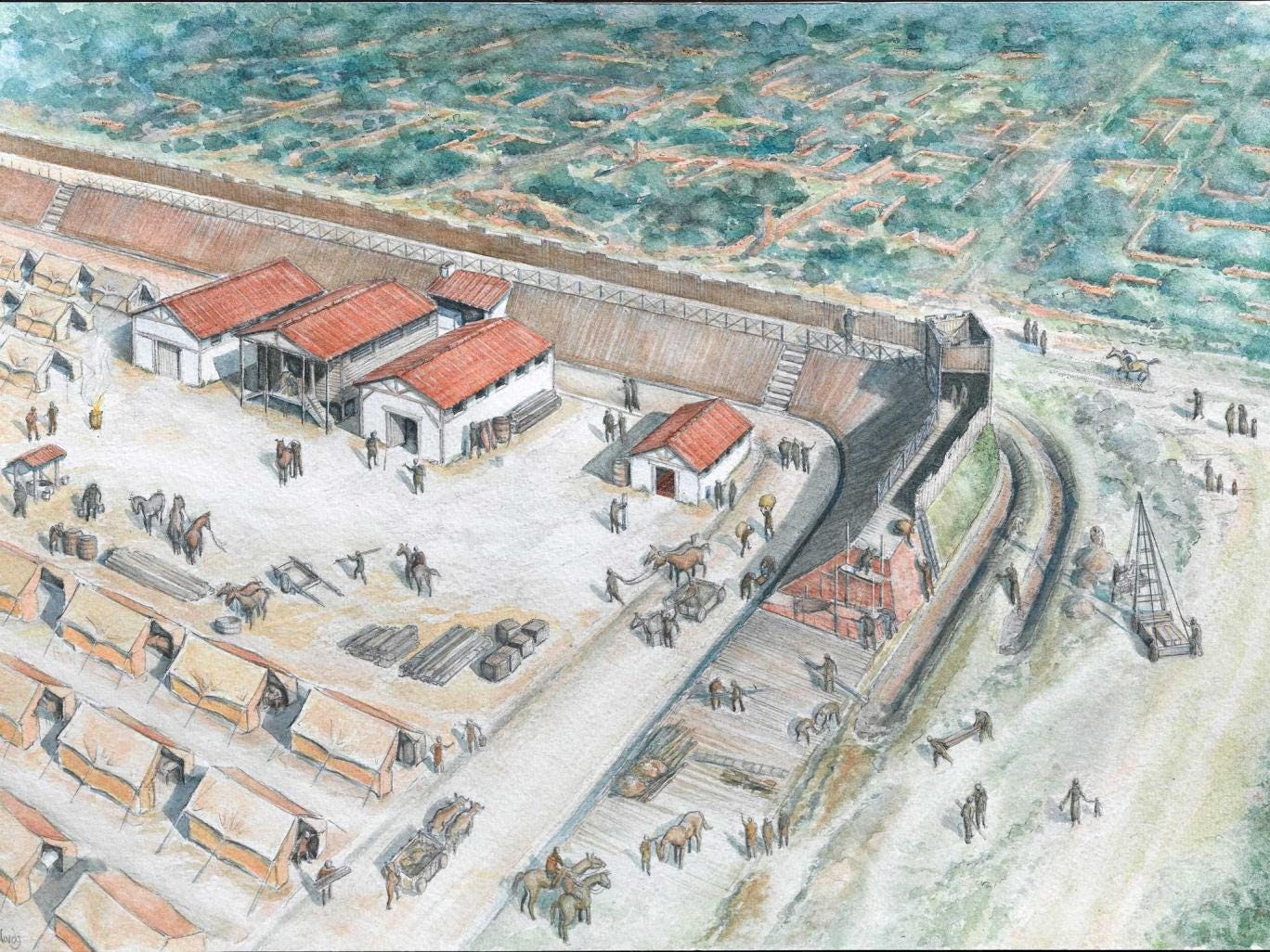 
A brutal blood-soaked bid to wipe London off the map was a key factor that led to the city first emerging as Britain's capital.
New archaeological research is showing that London's elevated status stemmed partly from a Roman military and political reaction to Boadicea's violent destruction of London and other key cities in the mid 1st century AD.
The investigation, carried out by Museum of London Archaeology(Mola), suggests that the Romans shifted the capital of their British province from Colchester to London shortly after her revolt.
Read the rest of this article...
Posted by David Beard MA, FSA, FSA Scot at 6:59 PM No comments: