Evidence of one of the Roman Empire’s best-known rulers has been discovered near Basingstoke.
A team of archaeologists from the University of Reading has found three tiles bearing the stamp of Emperor Nero at a site in Little London.
The tiles date back almost 2,000 years, and were found earlier this month at the Roman Tile Kiln site.
Only 14 such tiles have ever been found in the UK, including another found at Little London back in 1925 and four discovered within a ritual put at a temple in nearby Silchester.
The University of Reading team is currently excavating a series of Roman kiln structures at the Little London site, which includes some huge brick and tile production facilities.
Read the rest of this article...
Posted by David Beard MA, FSA, FSA Scot at 12:01 PM No comments: 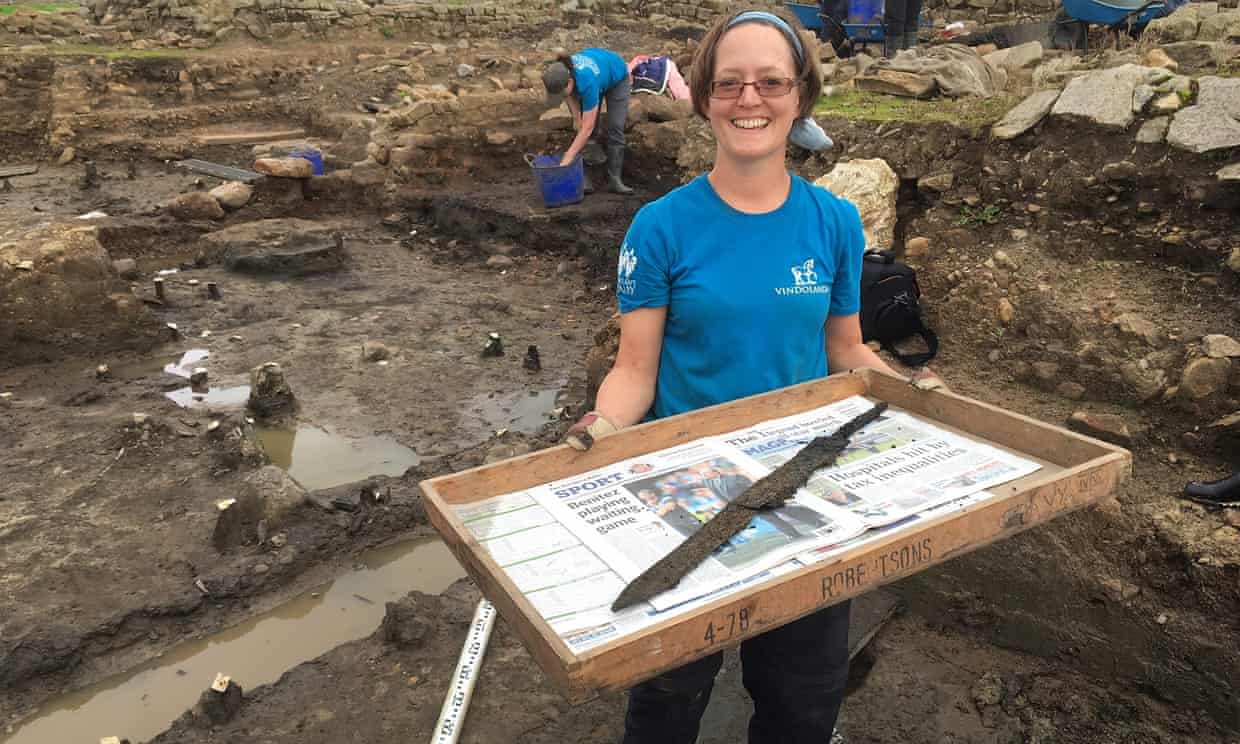 Archaeologists are likening the discovery to winning the lottery. A Roman cavalry barracks has been unearthed near Hadrian’s Wall, complete with extraordinary military and personal possessions left behind by soldiers and their families almost 2,000 years ago. A treasure trove of thousands of artefacts dating from the early second century has been excavated over the past fortnight.

The find is significant not just because of its size and pristine state, but also for its contribution to the history of Hadrian’s Wall, showing the military build-up that led to its construction in AD122. The barracks pre-dates the wall: the Romans already had a huge military presence in the area, keeping the local population under control.

Read the rest of this article...
Posted by David Beard MA, FSA, FSA Scot at 11:05 AM No comments:

Swords, arrow heads and ballista bolts amongst a cache of artefacts discovered during cavalry barrack excavations at Roman Vindolanda. 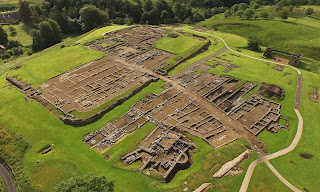 During the past few weeks archaeologists at the Roman fort of Vindolanda have made one remarkable discovery after another in what has been an exceptional year for the research excavations.

Test pit excavations, below the stone foundations of the last stone fortress revealed a layer of black, sweet smelling and perfectly preserved anaerobic, oxygen free, soils in an area where they were completely unexpected. Hidden in this soil were the timber walls and floors, fences, pottery and animal bones, from the abandonment of a Roman cavalry barrack. The excavated rooms included stables for horses, living accommodation, ovens and fireplaces.

While excavating the material from the corner of one of the living rooms a volunteer excavator made an outstanding discovery.

Read the rest of this article...
Posted by David Beard MA, FSA, FSA Scot at 10:48 AM No comments:

Read the rest of this article...
Posted by David Beard MA, FSA, FSA Scot at 10:44 AM No comments: