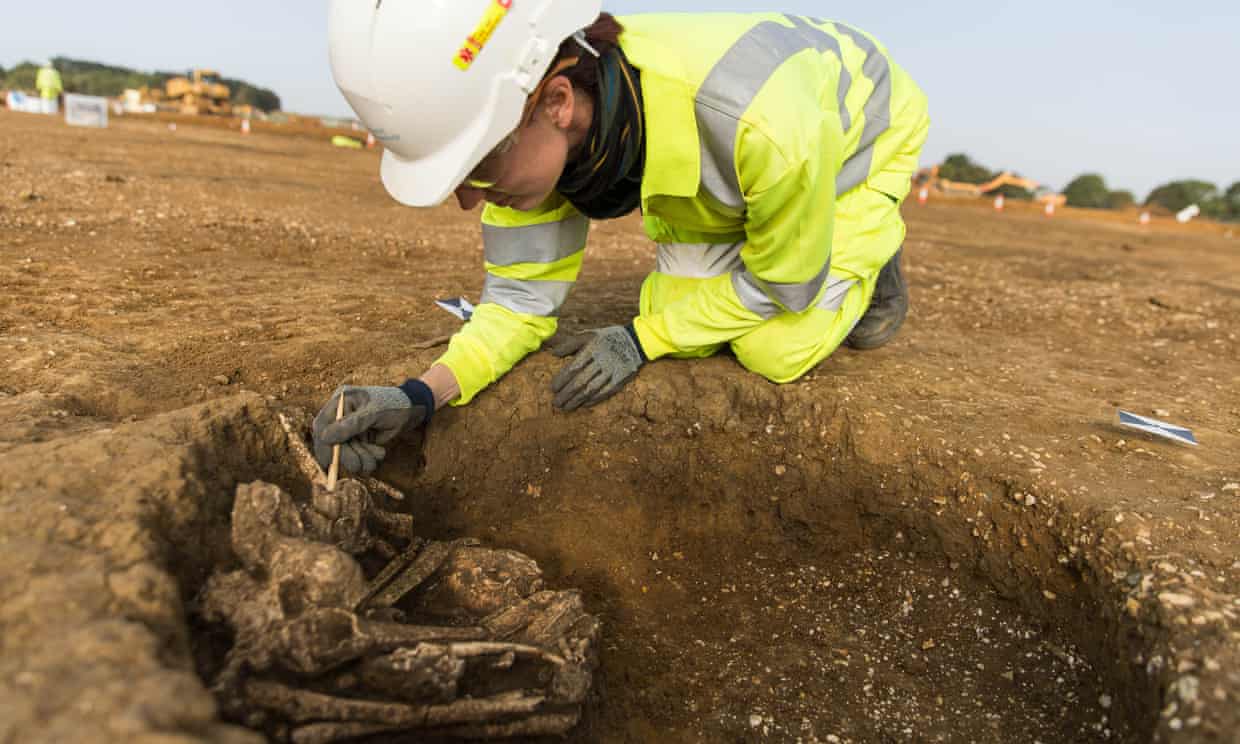 It’s taken more than 700 years, but the medieval villagers of Houghton in Cambridgeshire have had the last laugh: the foundations of their houses and workshops have been exposed again, as roadworks carve up the landscape they were forced to abandon when their woodlands were walled off into a royal hunting forest.

Their lost village has been rediscovered in an epic excavation employing more than 200 archaeologists, working across scores of sites on a 21-mile stretch of flat Cambridgeshire countryside, the route of the upgraded A14 and the Huntingdon bypass.

Much of it is now flat and rather featureless farmland, but the excavations have revealed how densely populated it was in the past, with scores of village sites, burial mounds, henges, trackways, industrial sites including pottery kilns and a Roman distribution centre. The archaeologists also found an Anglo-Saxon tribal boundary site with huge ditches, a gated entrance and a beacon on a hill that still overlooks the whole region.

Read the rest of this article...
Posted by David Beard MA, FSA, FSA Scot at 3:20 PM No comments:

ANSA) - Naples, March 23 - Major new finds have been unveiled for Friday's 270th anniversary of the discovery of the first remains of the ancient city of Pompeii buried by ash and rock following the eruption of Vesuvius in 79 AD.

The local archaeological authorities have marked the occasion by presenting major new excavations in the Regio V area launched under the auspices of the ongoing conservation project Great Pompeii. "Our aim was to resolve the instability of the excavation fronts in this area, which had a history of collapses," said special superintendent for Pompeii Massimo Osanna. "The work involved the reshaping of this part of the archaeological site. Then when we started digging we found remains of public and private areas, gardens and porticoes that we did not think we would find. It is the most important dig in the post-war period," he continued.

Read the rest of this article...
Posted by David Beard MA, FSA, FSA Scot at 10:27 AM No comments: