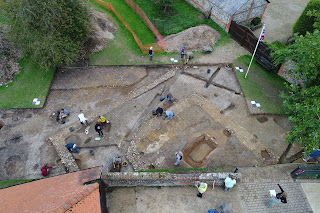 The temple remains were found within the grounds of the Old Manor House in the Roman town at Silchester, along with rare tiles stamped with the name of the emperor, who ruled AD54-68.

Four fragments of tiles stamped in Nero's name were found in a ritual pit within the temple site – the largest concentration ever found in the town – along with another three at the kiln site which made the tiles in nearby Little London. These provide further evidence that the temples could all have been part of a Nero-sponsored building project in Silchester.

Read the rest of this article...
Posted by David Beard MA, FSA, FSA Scot at 4:19 PM No comments: 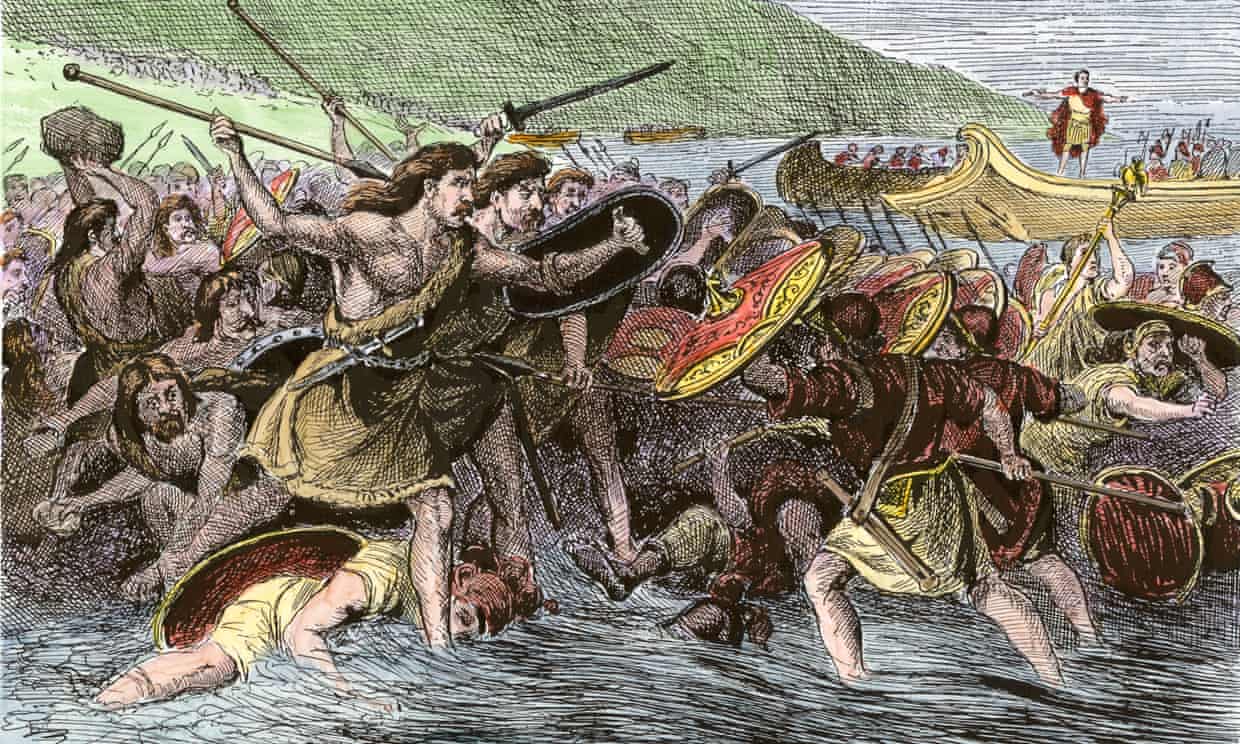 Julius Caesar’s invasion of Britain was launched from the sandy shores of Pegwell Bay on the most easterly tip of Kent, according to fresh evidence unearthed by archaeologists.

Researchers named the wide, shallow bay the most likely landing spot for the Roman fleet after excavators found the remains of a defensive base dating to the first century BC in the nearby hamlet of Ebbsfleet, near Ramsgate.
The ancient base covered more than 20 hectares and would have been ideally placed to protect the 800 ships the Roman army had to haul ashore when they were battered by a storm soon after they arrived from France in 54BC.

“This is the first archaeological evidence we have for Julius Caesar’s invasion of Britain,” said Andrew Fitzpatrick, a researcher at the University of Leicester. “It’s a large defended site that dates to the first century BC.”

Read the rest of this article...
Posted by David Beard MA, FSA, FSA Scot at 4:15 PM No comments: 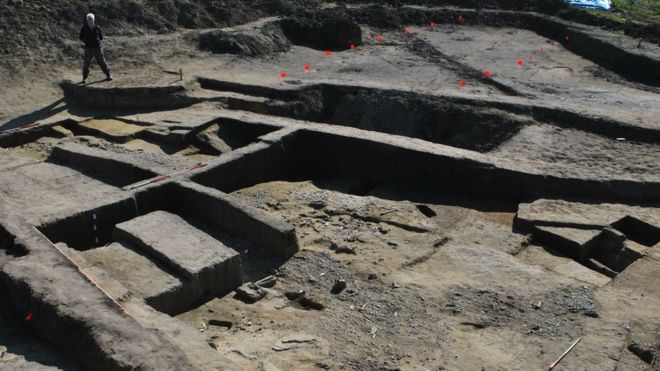 Archaeologists believe they may have uncovered the first evidence of Julius Caesar's invasion of Britain in 54BC.

The discovery of a defensive ditch and weapons led them to identify Pegwell Bay in Thanet, Kent, as the place they believe the Romans landed.

The ditch, in the nearby hamlet of Ebbsfleet, was part of a large fort, the University of Leicester team says.

Its location was consistent with clues provided by Caesar's own account of the invasion, the team said.

Read the rest of this article...
Posted by David Beard MA, FSA, FSA Scot at 4:13 PM No comments: