Row over plans to use ancient Spanish amphitheatre as tennis court

In Mérida’s roman amphitheatre, built about 8BC, one cannot smoke or wear a rucksack larger than 40cm.
But in early May, the Unesco world heritage site will be transformed into a padel tennis court, hosting competitors during the World Padel Tour as they volley balls at each other at breakneck speeds. The goal is to combine padel tennis, one of Spain’s most popular outdoor sports, with the rich roman history of Mérida,in the Spanish region of Extremadura. But the idea has provoked widespread opposition.
Nearly 100,000 people have signed an online petition attacking the idea. Authorities insist the project poses no risk to the monument, said Joaquin Paredes, the creator of the petition. “How can it be that the transfer and installation of courts and bleachers as well as allowing access to thousands of people won’t have any effect on a monument that’s more than 2,000 years old?”
Read the rest of this article...
Posted by David Beard MA, FSA, FSA Scot at 5:31 PM No comments:


After a dig launched to culminate years of theorising by Howard Jones, a local archaeologist and former Royal Marine whose suspicions were strengthened by Google Maps, archaeologists are about to compile their findings from a set of four riverside fields near Plymouth which could have been part of one of Devon’s oldest settlements. 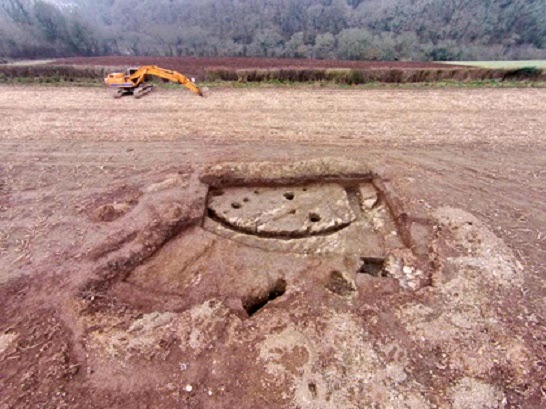 A drone image of the roundhouse - shown by a ditch curving round - and several  internal post-holes in Spriddlestone [Credit: © One Plymouth Media]

A wealth of artefacts from the Roman and medieval periods have already been identified since the two-week initial phase of the dig ended last weekend. Having made his way across the fields in pursuit of convincing preparatory evidence, Jones found receptive allies in the form of rugby club hosts, volunteers from local history and archaeology societies and local newspaper the Western Morning News.

Read the rest of this article...
Posted by David Beard MA, FSA, FSA Scot at 8:00 PM No comments:

Pompeii's Villa of the Mysteries reopens


Pompeii's biggest house, the Villa of the Mysteries, is set to reopen in its entirety on March 20, following nearly two years of restoration work that began in May 2013. 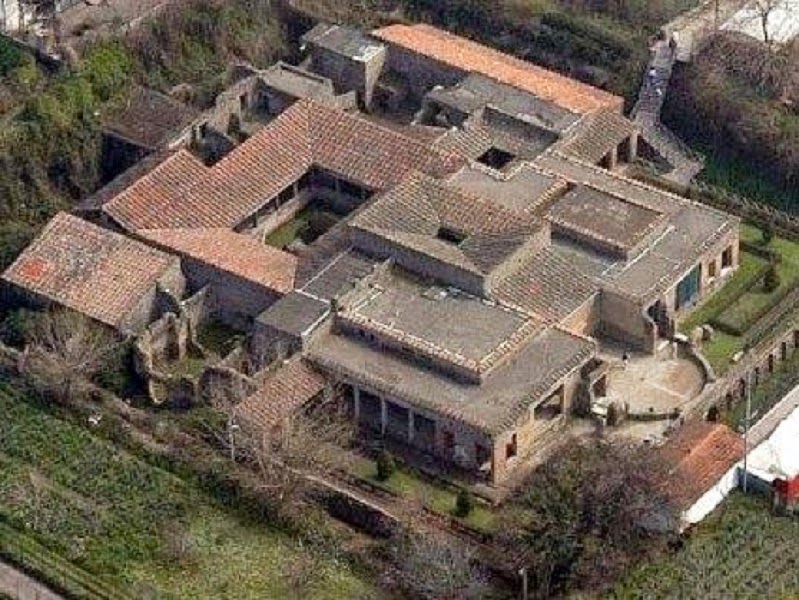 Aerial view of the Villa of the Mysteries at Pompeii [Credit: AD 79 Eruption]

The restoration was funded by the Special Superintendency for the Archaeological Heritage of Naples and Pompeii (SANP) and was conducted in lots so that parts of the Villa were still open to the public throughout the restoration process.

The Villa was first discovered in excavations in 1909 and was exceptionally well-preserved despite the eruption of Vesuvius in 79 A.D., which covered it in a layer of over 30 feet of volcanic ash.

The recent restoration work, which involved 70 rooms of the Villa, corrected some of the damage inflicted by previous restoration techniques that were found to be harmful to the Villa's frescoes over the years.

Read the rest of this article...
Posted by David Beard MA, FSA, FSA Scot at 3:25 PM No comments:

This year's spring study tour is to Southern Bavaria. An important part of the area is the 'Roman Limes' - the frontier of the Roman Empire. Today the Limes consist of remains of walls, ditches, forts, fortresses, watchtowers and civilian settlements. Some sections of the line have been excavated, some reconstructed and, sadly, a few destroyed. The two sections of the Limes in Germany cover a length of 550 km from the north-west of the country to the Danube in the south-east. What remains is a now a designated World Heritage Site.

It is not just Roman archaeology that is on the itinerary. Regensburg and Weißenburg both have many impressive medieval buildings. Indeed, Regensburg has been described as Germany's best-preserved medieval town, and is a World Heritage Site in its own right.

A stone stump used as a photo tripod by country park visitors is an ancient Roman artefact, it has been revealed.
Archaeologists said the 4ft (1.2m) granite stone at Rufford Abbey, near Ollerton, Nottinghamshire, dates back to about 150AD.
It formed part of a column at Roman emperor Antoninus Pius' villa, excavated and brought back by 19th Century archaeologist Lord John Savile.
Visitors to the park had also used the column as a bird feeder.
Nottinghamshire County Council archaeologist Emily Gillot - who has worked at the 210-acre (85-hectare) country park for 11 years - said it was an exciting discovery.
Read the rest of this article...
Posted by David Beard MA, FSA, FSA Scot at 8:02 PM No comments: