Archaeologists called the find a ‘very important’ part of the history of the Roman empire
(Picture: PA)

Builders were surprised to uncover a Roman fort underneath a bus station in Exeter.
The military structure was unexpectedly discovered while archaeologists oversaw routine excavation ahead of the site’s redevelopment.

Experts say find shows how much history has survived despite the city being pounded with bombs during WWII and plenty of construction work being carried out ever since.

The present bus station was constructed in the early 1960s, back when there were no planning requirements for developers to record historical remains. “Vessels like these were imported from the Roman Empire and confirm that this was an area of status and wealth during Roman times,” says archaeologist Merete Moe Henriksen.

Sometime around 150-300 CE a person died at the place now called Gylland in the Gaula River valley, in southern Trøndelag county. After the body was cremated, the remains were laid in a bronze vessel. This was then covered or wrapped in birch bark before being buried under several hundred kilos of stone.

And there it stayed – until this summer, when archaeologists from the NTNU University Museum lifted a stone slab and almost lost their breath from excitement when they saw what lay below it.

“We’d gone over the spot with the metal detector, and so we knew that there was something under one of the stone slabs in the burial cairn,” says archaeologist Ellen Grav Ellingsen, who filmed the discovery with her mobile phone when the rock was lifted away.

Read the rest of this article...
Posted by David Beard MA, FSA, FSA Scot at 5:32 PM No comments: 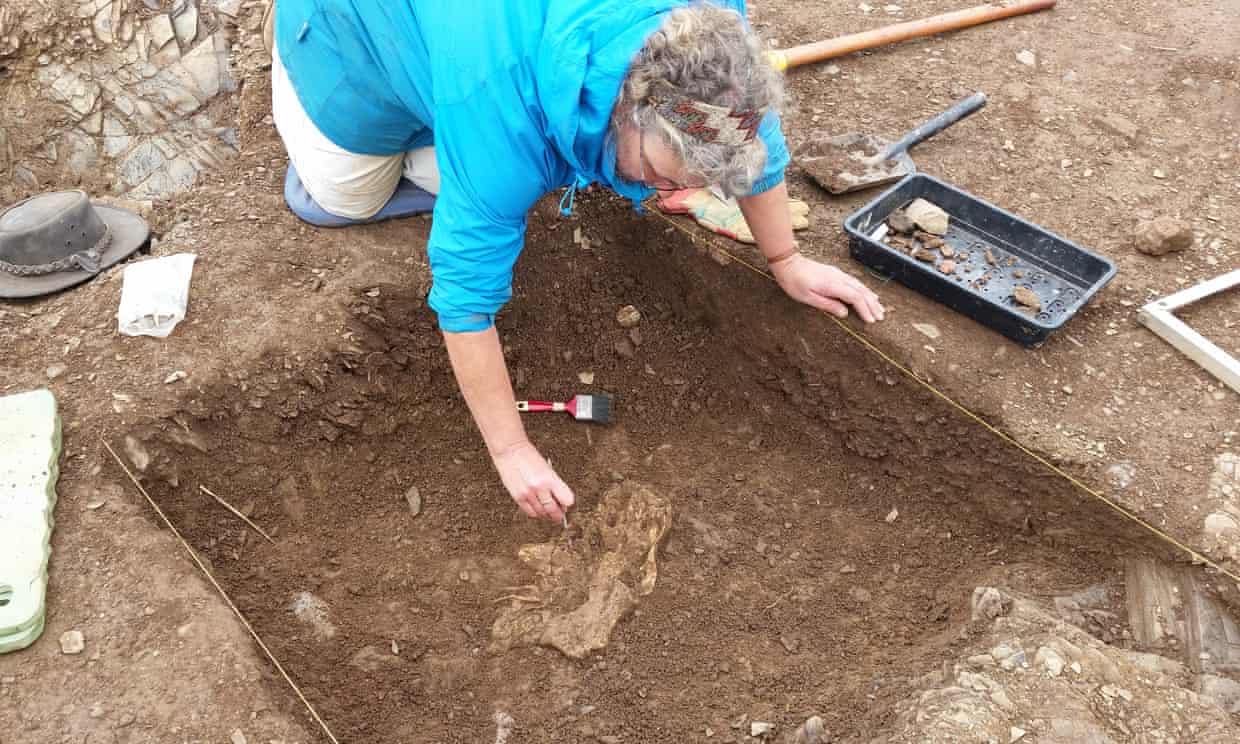 The remains of a high-quality Romano-British butcher’s business and centre for crafts have been unearthed by archaeologists in Devon. Photograph: Handout

The remains of a high-quality Romano-British butcher’s business and centre for crafts have been unearthed by archaeologists in Devon.

Experts believe the fourth-century abattoir was set up to prepare the best cuts of beef that were transported to customers miles away along a Roman road found at the site.

They suggest the butchers at Ipplepen, near Newton Abbot in south Devon, worked alongside a string of talented craftspeople specialising in deer antler, leather and textiles.

Previous digs at Ipplepen have unearthed Roman coins, a stretch of Roman road and the remnants of vessels from France and the Mediterranean once full of wine, olive oil and garum – fish sauce.

Read the rest of this article...
Posted by David Beard MA, FSA, FSA Scot at 10:12 AM No comments: