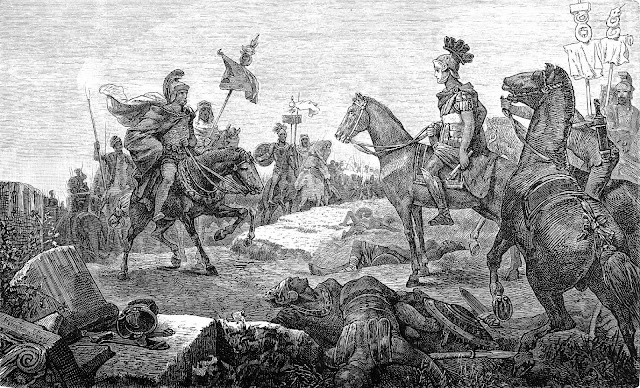 Illustration of a Second Punic War: the Roman general and statesman Publius Cornelius Scipio Africanus meets the Carthaginian leader Hannibal (bearded, on left) before defeating him at the Battle of Zama
[Credit: Getty Images]

The year was 220 B.C. and the young Carthaginian general Hannibal Barca had to return to his winter quarters in Qart Hadasht – now Cartagena in southeast Spain – after taking Helmatica – now Salamanca in the northwest of the country – from the Vettones tribe. It was spring or summer, and the 27-year-old and his troops had to overcome two obstacles to get to their destination: firstly, the wide rivers and high mountains that were difficult for their 40 elephants to cross; the secondly, the hostile local Carpetani, Vettone and Olcade tribes, who sought revenge for the destruction of their crops and cities.

With just 25,000 soldiers, Hannibal managed to defeat 100,000 enemies. Nobody knows where exactly this battle took place, only that it happened somewhere along the banks of the Tagus River, which stretches 1,007 kilometers from the province of Teruel in Spain to Lisbon in Portugal.