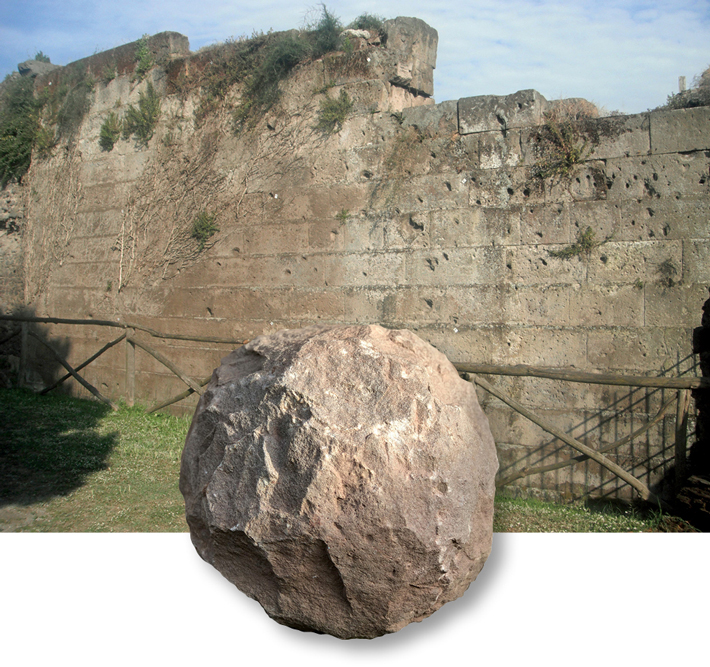 Some time around 89 B.C.—the exact year is debated—Roman forces led by the general Lucius Cornelius Sulla laid siege to the city of Pompeii, likely in response to its residents’ agitation for full Roman citizenship. The walls on the city’s north side, where fortifications were particularly weak, still bear the impact marks of projectiles fired by the attacking Romans. In a number of areas inside the city walls, archaeologists have found catapult balls, small lead slingshot bullets, and machine-launched arrows known as scorpio bolts, all fired during the siege. “I don’t think anyone at the time was under any illusions that sustained bombardment would actually bring down the walls,” says archaeologist Ivo Van der Graaff of the University of New Hampshire. “It looks like one of the Romans’ tactics was to just fire munitions into the city to cause damage and, perhaps, lower morale.”