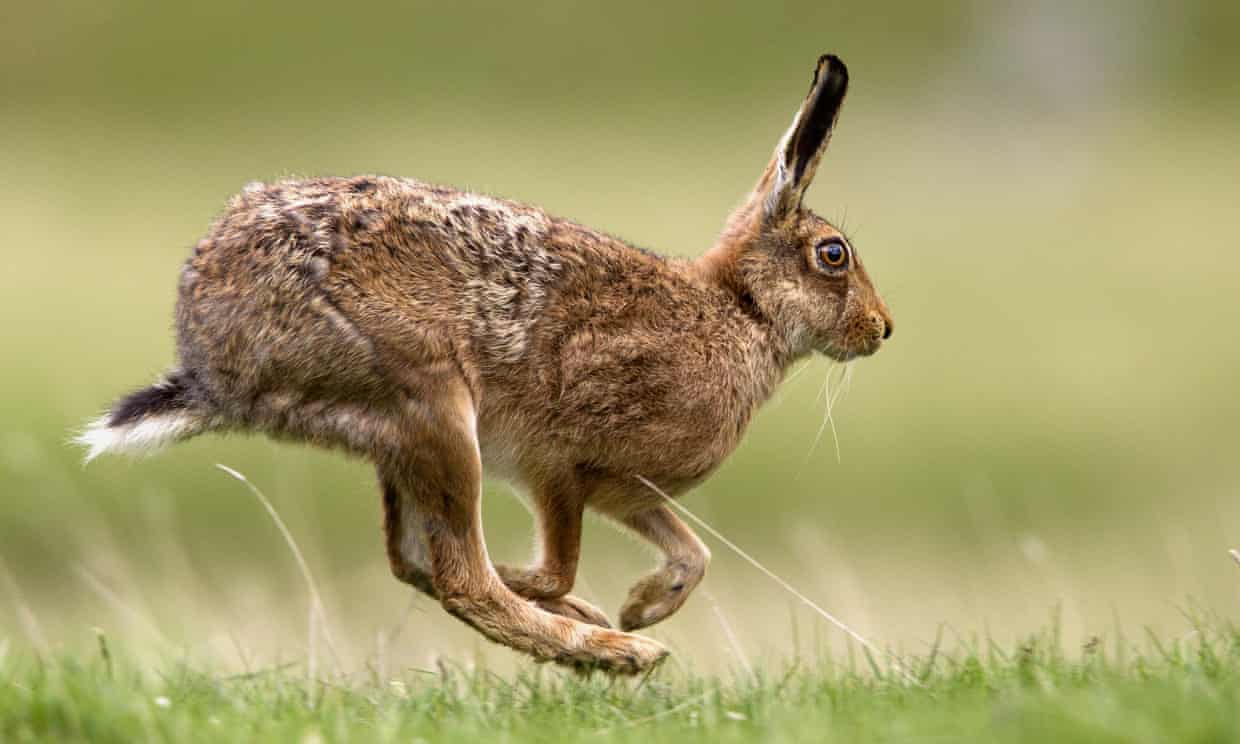 The brown hare was considered too special to eat, as were chickens.
Photograph: Chris Upson/Getty Images/Flickr RF

Brown hares and chickens were revered as gods rather than reared for food when they were first introduced to Britain in the iron age, archaeological analysis suggests.

In research that shows modern-day Easter festivals were not the first to celebrate chicks and bunnies, a team of experts from the universities of Exeter, Leicester and Oxford have found evidence that the animals were buried with care and intact in the period that preceded the Roman invasion of Britain.

Historical evidence suggests Britons of the period associated the animals with deities and considered them too special to eat. Commentarii de Bello Gallico, Julius Caesar’s firsthand account of the Gallic wars, says “the Britons consider it contrary to divine law to eat the hare, the chicken or the goose. They raise these, however, for their own amusement or pleasure.”