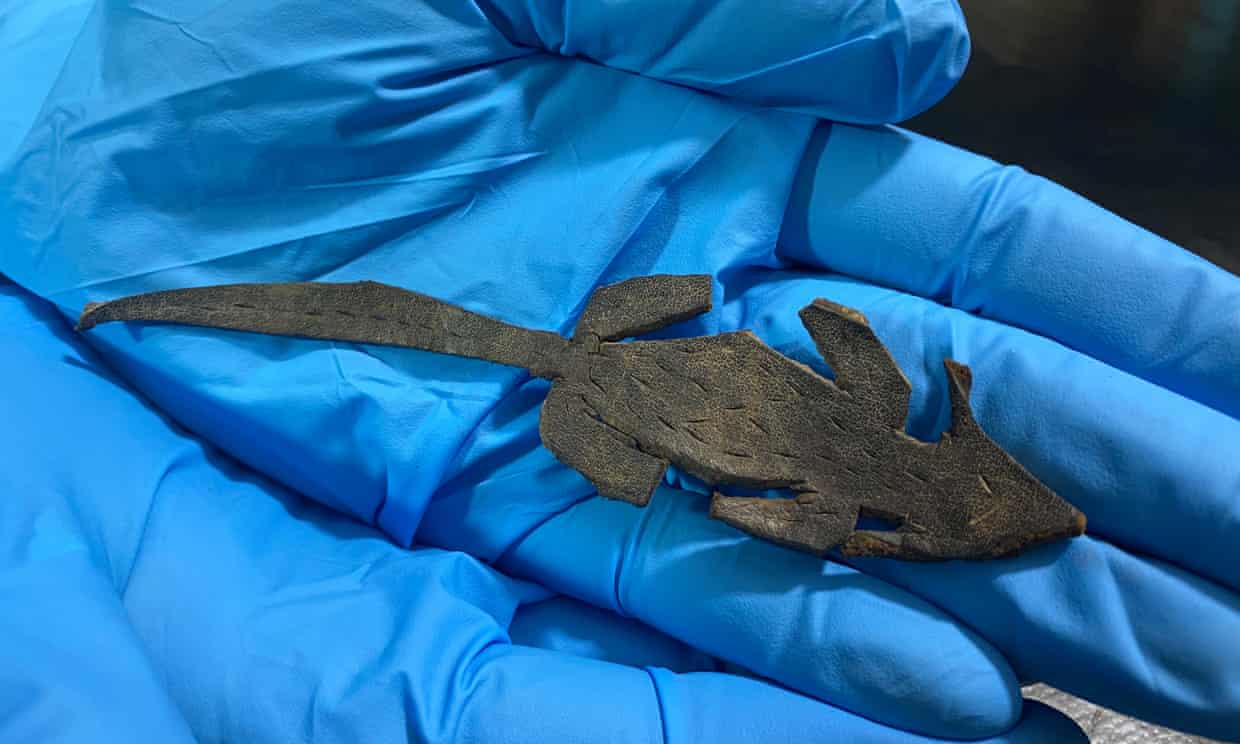 A mouse made out of leather, about 12cm long, has been discovered at the Roman fort of Vindolanda, south of Hadrian’s Wall, in Northumberland. Photograph: The Vindolanda Trust

The Roman author Pliny the Younger advised “kissing the hairy muzzle of a mouse” as a cure for the common cold. His fellow countrymen linked mice to the god Apollo, who could bring deadly plague upon them with his arrows.

So they might not have seen the funny side of a lifelike mouse made out of a strip of leather which has been newly discovered at the Roman fort of Vindolanda, south of Hadrian’s Wall, near Hexham, Northumberland.

About the size of a real rodent and lying unnoticed until now among thousands of leather offcuts held by the Vindolanda Museum since 1993, it looks as if it had been squashed flat after being run over – perhaps by a Roman cart.