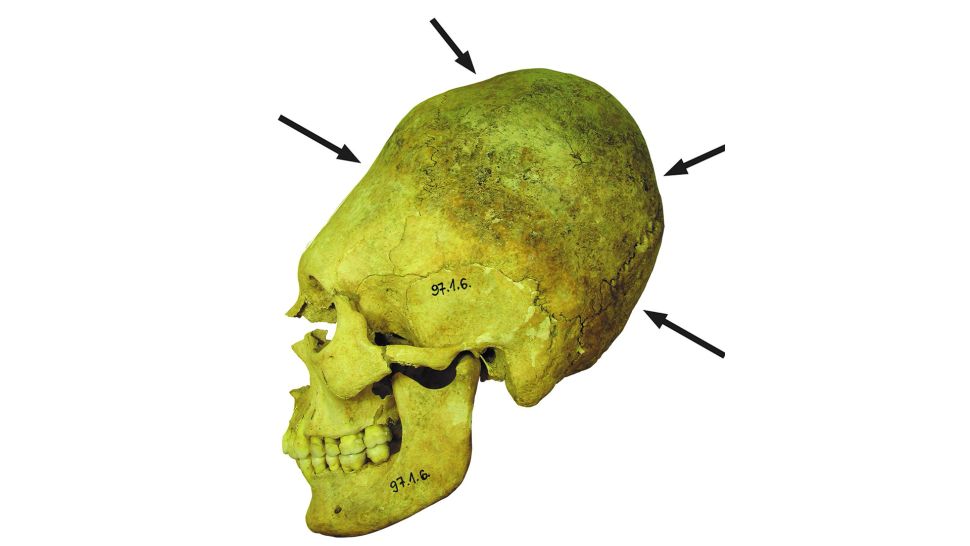 Artificially deformed skull of an adult woman. Permanent binding during childhood caused the elongation of the braincase and depressions in the bone.
(Image: © Balázs G. Mende. Research Centre for the Humanities, Hungarian Academy of Sciences, Budapest, Hungary)

Over decades, dozens of artificially deformed "alien-like" skulls that are more than 1,000 years old have been unearthed in a cemetery in Hungary. Now, these skulls are revealing how the collapse of the Roman Empire unleashed social changes in the region.

During the fifth century A.D., people in central Europe practiced skull binding, a practice that dramatically elongates head shapes. These altered skulls were so drastically deformed that some have compared them to the heads of sci-fi aliens. The fifth century was also a time of political unrest, as the Roman Empire collapsed and people in Asia and eastern Europe were displaced by invading Huns, a nomadic Asian group.