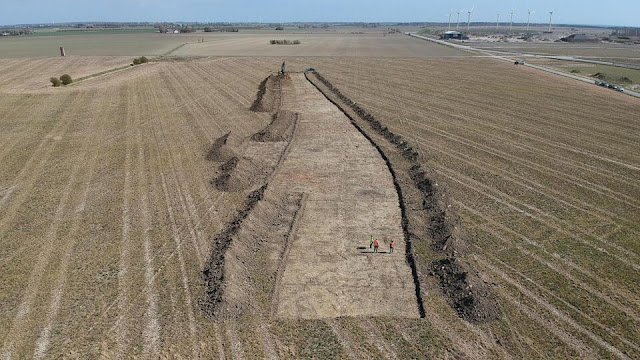 Archaeologists have unearthed a massive structure in Lolland that is believed to have been used to ward off an attacking army back in the Roman Iron Age.  So far, 770 metres of the structure has been detected, but Museum Lolland-Falster estimates it could stretch to twice that.

“This is a really big structure. It’s taken a lot of work to build,” Bjornar Mage, an archaeologist and curator from Museum Lolland-Falster, told TV2 News. “We believe the structure was built around a kilometre from the coast between two impenetrable wetland areas – in a bid to stop attacking foe from entering Lolland.”

The structure involved the digging of long lines and rows of holes in the earth – at least 10,000 holes are estimated to have been dug. In similar structures discovered in Jutland, the defensive ‘belt’ was combined with sharpened poles.