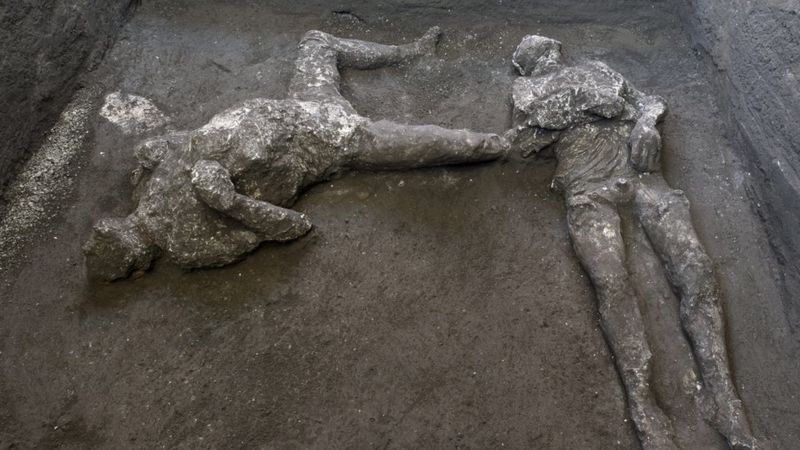 Archaeologists have uncovered the remains of two men who died in the volcanic eruption that destroyed the ancient Roman city of Pompeii nearly 2,000 years ago.
One was probably a man of high status, and the other his slave, officials at the Pompeii archaeological park said.
They "were perhaps seeking refuge" from the eruption "when they were swept away", director Massimo Osanna added.
Pompeii was engulfed by a volcanic eruption from Mount Vesuvius in AD 79.
The eruption buried Pompeii in ash, freezing the city and its residents in time, and making it a rich source for archaeologists.
Read the rest of this article...
Posted by David Beard MA, FSA, FSA Scot at 5:38 PM