Escaping the Shadow of Pompeii 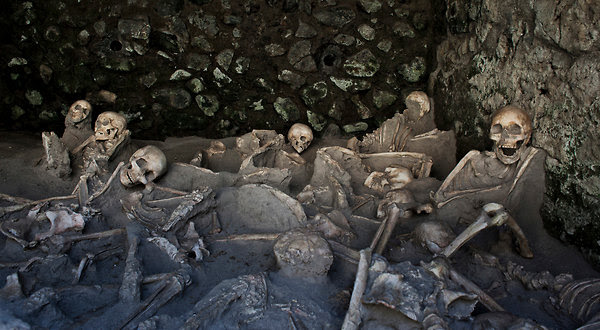 HERCULANEUM, Italy — They are poignant snapshots of sudden death: huddled clusters of skeletal remains in what were once beachfront warehouses, immortalized for eternity when Mount Vesuvius smothered this ancient Roman town in A.D. 79.


“They died of thermal shock as they were waiting to be saved via the sea,” Domenico Camardo, an archaeologist, said recently as he surveyed dozens of modern-day skeletal casts of long-ago denizens. They carried with them jewelry, coins, even “20 keys, because they were hoping to return home,” Mr. Camardo added. “They didn’t understand that it was all about to end.”

First excavated by archaeologists some 30 years ago, the warehouses were recently outfitted with walkways and gates to provide access to these chilling tableaus and will soon be open to the public on special occasions.