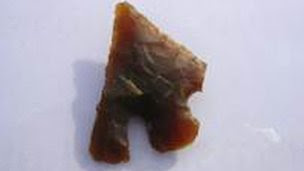 
An archaeology dig at a medieval nunnery in Oxford has unearthed a 4,000-year-old Bronze Age arrowhead.

The excavation at Littlemore Priory was a collaboration between volunteers and the University of Oxford.

More than 500 volunteers gave up their free time to take part in the project near the Kassam Stadium.